Huge protests have taken place across Belarus against the embattled regime of Alexander Lukashenko, with demonstrators marching on the president’s residence in the capital, Minsk, for a fourth weekend in a row.

More than 100,000 people filled Minsk’s Independence Avenue calling for Lukashenko to step down. There were similar marches in other cities, including Brest, Vitebsk and Grodno.

Riot police sealed off the centre of Minsk with barriers and armoured personnel carriers. Officers wearing balaclavas arrested and beat several male demonstrators and dragged them into vans. At least one person was taken away in an ambulance.

But there were few indications that the regime’s heavy-handed tactics are working. Protests have gone on for nearly a month and show no sign of fizzling out, following the presidential election on 9 August that was widely seen as rigged.

“The majority don’t believe in those in power. They reject the result of the election. A lot of people thought the protests would stop in the first week. They didn’t,” said Barys Goretsky, of Belarus’s journalism association. He added: “We are optimistic. We will keep going.” 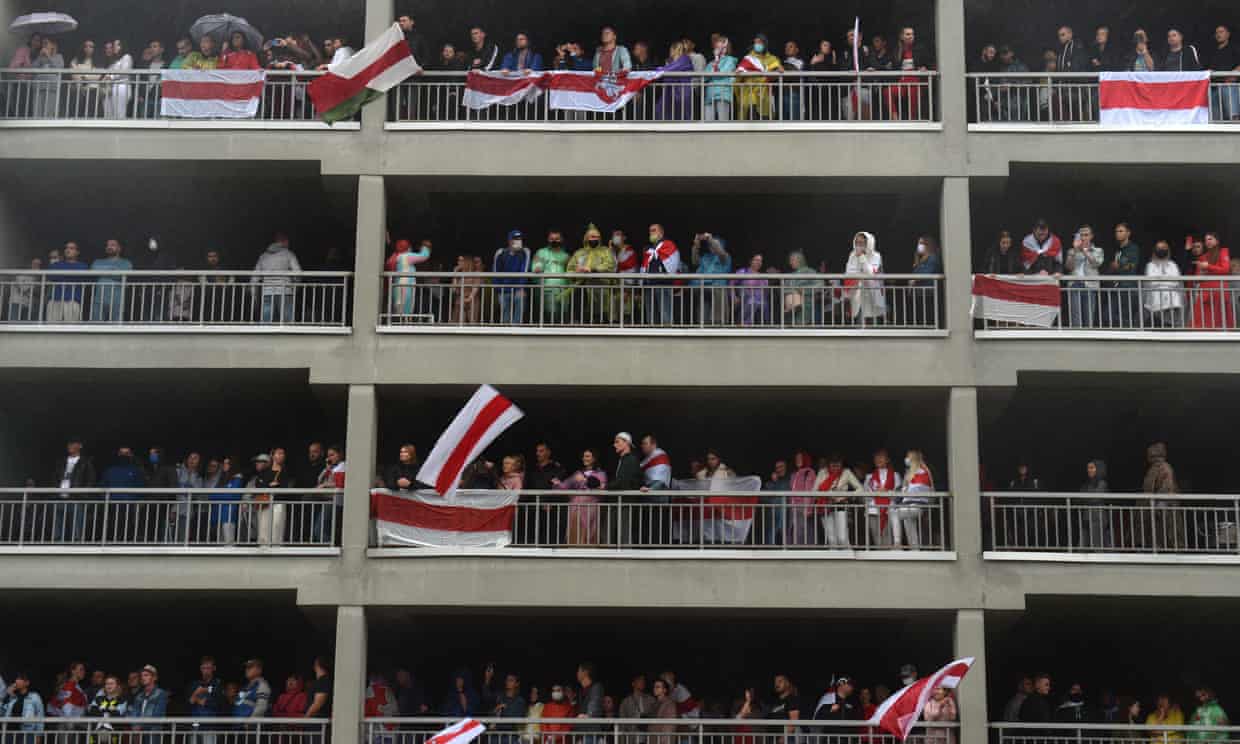 Goretksy said low-level protests were now happening every day, with residents gathering in courtyards and apartment block buildings to express their anger at Lukashenko, who has ruled for 26 years.

He said the regime was still targeting reporters, with three arrested on Saturday. One was still in jail, he said.

Last week masked riot police raided a school and Minsk’s linguistic university, detaining male students who had returned for the beginning of the school term. Most were subsequently released.

“Sponsor of our public holiday – Putishenko,” one banner read – a pun suggestive of Vladimir Putin’s support for Lukashenko. The crowd made jokes about whether the president would show up with a gun, following an appearance a week ago when he descended from a helicopter wearing a flak jacket and holding a weapon. 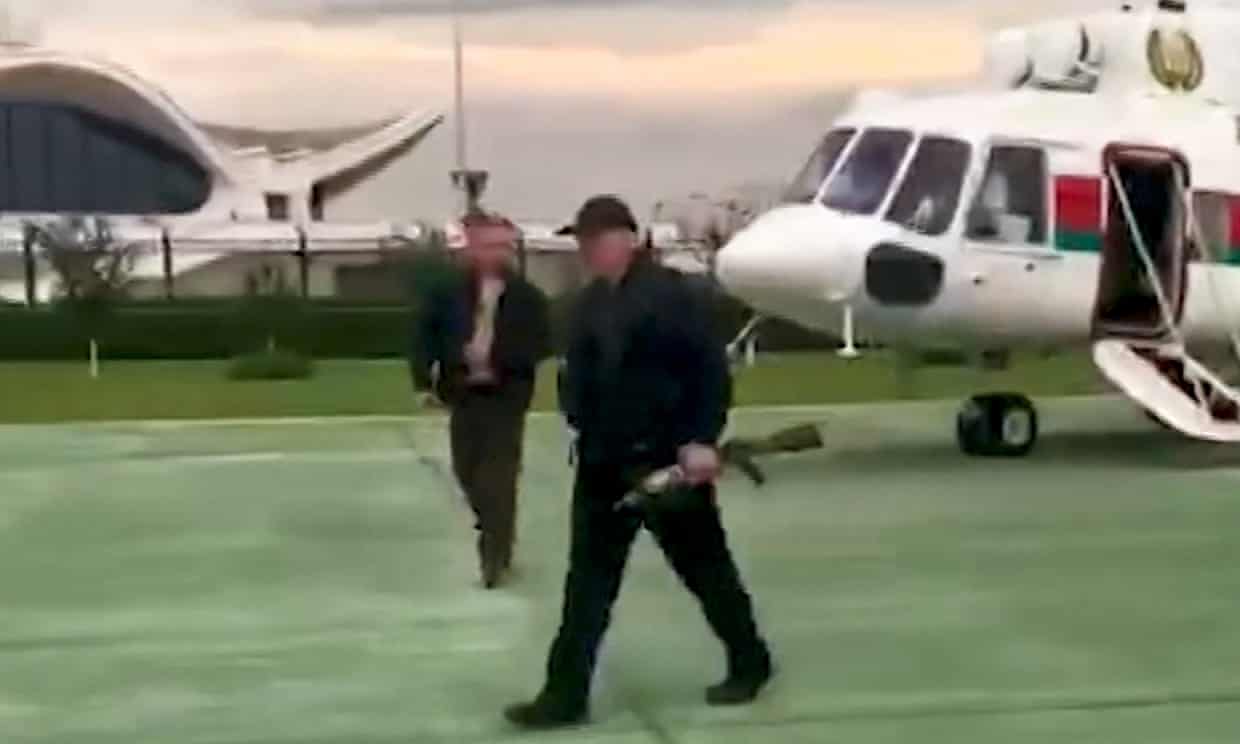 Lukashenko has blamed the protests on the west and has claimed erroneously that Nato troops are massing on Belarus’s borders. He is due shortly to fly to Moscow for talks with Putin. The two men have spoken frequently by phone.

The Kremlin has long found Lukashenko to be a frustrating partner, but appears to have decided to prop him up rather than to allow the demonstrators to push him from power. Russia’s prime minister visited Minsk this week and said Belarus should not give in to “external pressure”.

In an apparent attempt to ingratiate himself with Moscow, Lukashenko released details of a tape that he said his security services had intercepted. It was purported to be of a call between Berlin and Warsaw, in which Germany admitted it had fabricated evidence that the Russian opposition leader Alexei Navalny was poisoned with novichok.

Late last month, Putin said in an interview that he had put together a special reserve of Russian law enforcement forces who were ready to fly to Belarus at short notice should the situation there “get out of control”.